Today has been a really rough day. My chest has hurt all day from anxiety. If you've never had anxiety, I wish I had a good way of explaining how it feels, but I don't.
I think it's from a mix of things going on at work and sometimes the loneliness gets to be too much. I went to a movie and to dinner with my niece tonight which was nice. Good distraction.
As I sit here on the floor (seems to bring me comfort when I'm upset) praying for better mental health days, I remember back to when I was in middle school. I had the biggest crush on this guy. He knew I existed, but didn't want anything to do with me. My girlfriends and I used to go to his house though and have water balloon fights. But, I remember laying in bed praying for him to like me. I prayed every night like it was my last. To this day, when I pray, that memory always comes back to me. In the end, we never dated.
At some point today, I remember thinking it would be nice to have someone to go get ice cream with. Then I had a flash back. I'd guess it was back anywhere between 2005 and 2008, I remember sitting at The Deck with a group of friends and I remember telling this girl, Meg, that all I wanted was someone to go get ice cream with.
Now, here I am, and it's 2015 and I'm praying God takes this loneliness away and gives me someone to go get ice cream with. In all these years, what has changed? How have I changed? Yes, I have a different job, different car, a house, but what has changed within me? Nothing.
There's not anything I really regret. I don't believe in regrets really. But, I'm afraid I'm going to look back at my life when I'm old(er) and wish I had done things differently. Regret not being in a happier place.
Posted by Rachel M. at 12:14 AM No comments:

I was flipping channels earlier this week and came across that movie with Jim Carey called "Yes, Man." He challenges himself to say yes to everything for a year. The beginning of the movie was, I'm convinced, based on my life. People would call him and he'd ignore their calls and wouldn't show up for events when invited. Now, I do answer calls, or I should say text messages and emails. But, nine times out of ten, I bail on events/plans. I hate them. I don't make excuses as to why I'm bailing. I'll tell you the truth. Most likely, it's because I don't want to leave my house which will require pants and a bra. I'm more likely to do things on Friday nights because I've already showered. Having plans gives me anxiety. I am going to guess that is not normal.

Here's my dilemma though. I'm scrolling through Instagram and Rev Run always posts inspirational quotes. You can't scroll through Facebook or Twitter without reading some type of meme or quote. Now that I've gotten a little older too, I find that doing things I don't want to do is not necessary. Which leads me to this quote... 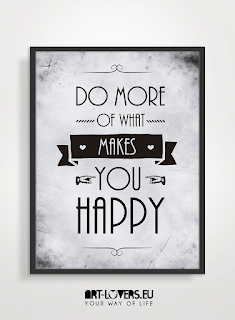 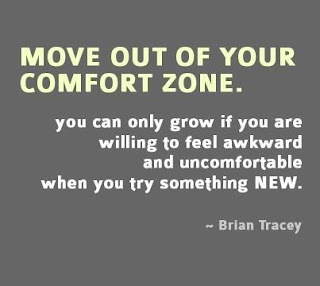 Lets be honest. I'm not going to find someone sitting on the couch which is what makes me happy. Being home is what comforts me. There are a ton of things I'd like to do, but I'd have to do them by myself. Hell, if I get to go out with a few of my close friends, it's like a mom's night out for me because I don't go out much. My friends all have kids and boyfriends/husbands. The older I get, the harder it's getting because everyone else has their own family.

Here's my other thing and I'm pretty sure I've blogged about this before. I realize that until I'm happy, I'm not going to be happy in a relationship or even be able to make someone else happy. I get that. I have a good job, nice car, few great friends, awesome family, and most recently my own house. I am so grateful for all of those things. With having all of that, there's just always that one thing missing. That is to share my life with someone. I've watched all the girly movies. Spent Sundays reading. I've done the nights out with girls. I've spent time pampering myself. I shop. I eat a pint of ice cream for dinner. It's not like I've been single for a few weeks. It's not like I jump from guy to guy. To be honest, the last time I called someone my "boyfriend" was in 2005. Yes, it'll be 10 years this October. No, that's not a typo. I get tired of hearing the same cliches..."it'll happen when you least expect it..." blah blah blah blah... I can't even think of the other ones right now. I go through spurts where I don't think about it at all. I had a good run there for probably 6 months where I didn't think about a relationship at all. God, it was refreshing. Now, these past few days, my anxiety is at an all time high. I think because I keep trying to "fix" it and there's nothing I can do to fix it. I've asked people if they have any single friends and the answer is always no. I've tried dating online. If you've read any more of my blog, you'll know that's been an epic fail. There's this social network site called Meet Ups. Well, unfortunately in Fort Wayne, the only meet ups are for moms, religious affiliates, or people over 40. The one group I am in, all of their events are during the week and with having a second job, I can't go to any of them.

There are so many people who have been married, divorced, and remarried and I'm sitting here still single. Where are you meeting people? What's the secret?! Ha. Oh, and I also don't want to hear that I need to change the type of guy I date. I get that. But, we're back to the same damn question. WHERE DO YOU MEET PEOPLE?

PS. I just realized my second picture is a quote from "Brian Tracey." That is pure coincidence.

Headline story right now is that Bruce Jenner is transgender. Bruce Jenner debuted himself as Caitlyn Jenner on the recent cover of Vanity Fair.  Lets just say that she is breaking the internet just like her daughter, Kim Kardashian did on the cover of Paper Magazine.

Until today, I've refused to read any comments on social media about Caitlyn Jenner because I cannot fathom the horrible things people are saying about her.

But then this picture popped up on my Facebook feed today... 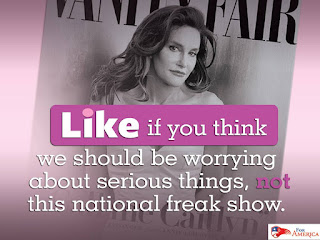 Under the picture it read... "The Vice President of the United States just lost his son to cancer. Our nation's health care system is in shambles. The Senate is voting on major legislation impacting how the NSA can use your data.
But what got the most attention? A 65 year-old man playing dress up."

Are you fucking kidding me?  There are also people starving in this world, murders, rape, burglaries, terrorist attacks, the fucking list could go on and on. Just because people are talking about Bruce Jenner being transgender doesn't mean all of those other things are any less important. This is an important issue because there are many people in the world living unhappy as did Bruce Jenner for 65 years. I may not understand how Bruce Jenner feels having lived 65 years in a body he was not comfortable with. But, I choose to not fucking judge him and accept that he is now living as Caitlyn Jenner.

People want to preach about how there are so many other important things to worry about. Are you doing anything to fucking fix all of those problems? Can you do anything to console the VP after having lost his son? Or, better yet, are you aiding in the cure for cancer? Are you writing letters to congressman or the President trying to change our nation's healthcare system? (That would be great if so, because I don't have insurance).  What are you doing to fix the crisis with NSA using our data?

To say that Caitlyn Jenner is a national freak show is just fucking ignorant. What she is going through could very well be what your daughter, son, niece, nephew, mom, dad, aunt, or, uncle are going through and you don't know it. This topic needs to be discussed because people need to feel comfortable being themselves. Look how long Caitlyn lived being Bruce Jenner and most of her family had no idea. Again, you don't need to understand why Bruce Jenner decided to become Caitlyn Jenner. It's just your job to not fucking judge her for it.

Adding to all of this a day later, I've also read that people say Caitlyn Jenner is not a hero.

Here's the definition of hero on Wikipedia:


A hero (masculine or gender-neutral) or heroine (feminine) is a person or character who, in the face of danger and adversity or from a position of weakness, displays courage or self-sacrifice—that is, heroism—for some greater good. Historically, the first heroes displayed courage or excellence as warriors. The word's meaning was later extended to include moral excellence.  The word can be used as a gender-neutral term for both males and females[1] because it has no gender-specific suffix in English.
I get how the word "hero" may upset some; especially, when you're thinking of someone in the military as being a hero. I get it. I really do. A hero doesn't have to be someone fighting for our country though. Didn't you have a hero growing up? Who was it? Batman? Spiderman? Football player? Basketball player? Joey was my hero because he had positivity and strength unlike anyone I've ever met. Caitlyn Jenner is a hero to those who are going through the exact same thing, but have not been able to find the courage they need. What about when Ellen Degeneres came out? How many people considered her a hero? What about the football players who have came out? I bet they are heros to many high school or college athletes who don't think there's a way to come out of the closet.

This world has enough negative energy and bullies. Don't be one of them. I've said it before, you don't have to agree with what she did, or understand why. Just don't judge her for it.
Posted by Rachel M. at 9:42 AM No comments: